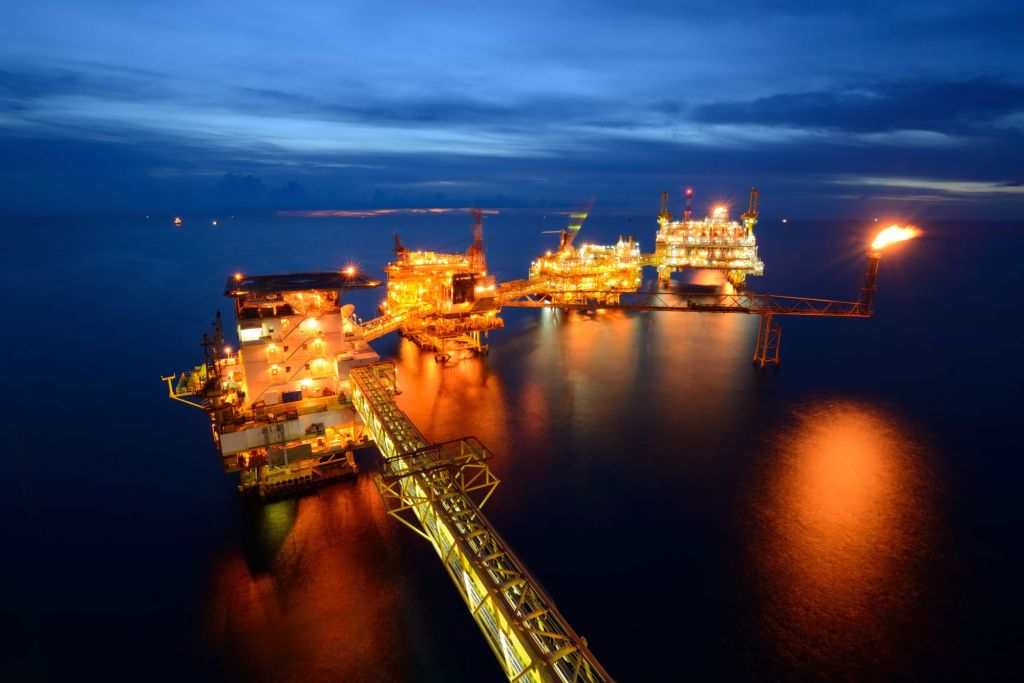 After dramatic drops last week the oil price has rebounded strongly over the last few days. The principal driver of this is the military action Saudi Arabia began yesterday in Yeman. WTI has rebounded from a low of $42 a barrel to a high of nearly $52. In the near term Goldman Sachs predicts that oil may drop back into the low $40’s again however most analysts agree that oil is likely to move higher again before the end of the year.

Most oil producing economies require a higher oil price to sustain their government spending. At the extreme end of the scale Venezuela needs an oil price of $118 and Russia $108. Gulf nations like Saudi, Kuwait and the UAE have cash reserves that can get them through a lower oil price but even they need a price of $90 a barrel in the medium term to sustain their economies.

Current over supply in the oil market is around 2 million barrels a day or roughly 3% of global production. It is highly likely that major oil producers like OPEC and Russia will cut oil production to move prices higher as it is in their interest to do so. The big question is when this will happen. The Gulf nations are essentially playing a game of chicken right now with the rest of OPEC and Russia to see who will blink first.

In addition Saudi, Iran and Russia are all locked into the titanic struggle between Sunni and Shia Muslims and the battle for Syria. The low oil price hits Iran and Russia much harder than Saudi however the Saudi’s won’t want to see it there for too long. All eyes will be on the next OPEC meeting in July.

Our expectation is to see oil trading in the $70-$80 a barrel range by the start of next year. We feel the best strategy in the near term is to keep buying oil in the $40’s and hold through the volatility for now.

This week I  had an interview with the International Adviser on GST and Malaysia constant battle with regulation. As you guys know, one of my main aims over the last few years has been increasing the regulation in Malaysia for which Life Broker companies operate. It has been a slow process but we are getting there and the market has definitely improved over the last few years.

Here is an extract from the interview.

Malaysia is stepping up its regulation of financial advisers in line with changes sweeping many major markets worldwide, however it is the imminent arrival of a new goods and services tax (GST) that is likely to have the most immediate impact, according to industry experts.

On 1 April this year, Malaysia will replace the existing Sales and Services Tax with a new 6% GST, which will have a narrower and more specific list of exemptions for financial services than its nearby neighbour Singapore, according to a review by KPMG.
“In Singapore, financial services may be treated as zero-rated supplies if they are supplied to non-residents,” KPMG said. However, it said the transfer of securities or units in unit trusts traded in Malaysia, or insurance contracts relating to risks in Malaysia, may not escape the tax, even if supplied to an offshore person.
“We have had numerous meetings and seminars with regards to GST and thankfully it seems that the life brokers are zero rated; however I am uncertain what this means for life companies who are currently regulated under the LFSA (Labuan Financial Services Authority),” said Stuart Yeomans, chief executive of Farringdon Group, a Kuala Lumpur-based financial advisory firm. Zero-Rated Supply means goods and services sold by a company are free from GST.
Meanwhile Malaysian regulators are steadily stepping up their controls over financial advisers in a bid to raise standards and improve the quality of the market, and these are beginning to make life harder for small brokers, though they have yet to go as far as Singapore.
“Regulation is slowly stepping up. The barriers to entry are getting a lot higher,” Yeomans said.
Thanks International Adviser for another good interview, I look forward to the next. For the full article, please visit http://www.international-adviser.com/news/asia/arrival-of-malysian-gst-looms-over-kl-market

For other IA posts that include Stuart Yeomans, please go to http://www.international-adviser.com/news/asia/labuan-in-move-to-be-a-top-intl-insurance

Last week at the official opening of Chinas annual parliamentary meeting, Premier Li Keqiang signalled that the lowest rate of growth in a quarter of a century is the “new normal” for the world’s second largest economy.

Last year China targeted a growth rate of 7.5% in GDP which it failed to meet. This in itself was a reduction from previous targets of 10% and well behind the years of almost 20% annual GDP growth. It now seems that gravity is catching the Chinese economy and forcing it to look at lower longer term growth.

This is not the first time this has happened in economic history. Many nations like Malaysia and Brazil managed to achieve long term double digit economic growth only to fall into what is known as the Middle Income Trap. Indeed, in history, only a few developing economies have ever managed to become advanced industrial economies. The Chinese leadership is now worried China will follow nations like Brazil and fail to break into the top level economies of the OECD.

Perhaps the biggest issue for international investors of China’s slowdown is its effect on the rest of the Asia region. To maintain high levels of growth after 2008 the Chinese government embarked on a massive spending program. Since 2008 The Chinese people and its government have created around $16 trillion dollars of debt. To put that into comparisons that is around the same size as the entire US financial system.

The effect of this extra spending boosted demand for raw materials, especially from Australia. In addition, money flowing out of China has boosted property prices right across Asia. Demand from China also helped sustain a number of Asian economies such as Singapore, Malaysia and Thailand.

As China slows it is likely to have a severe impact on Asian economies and currencies. In 2015 we should expect to see the Malaysian Ringgit and Australian dollar move much lower.  The Singapore dollar has held up for now but that too is soon likely to fall. Property prices in most parts of Asia and Australia are also likely to fall significantly.

To avoid any negative consequences it is likely to be better, for the time being at least, to look at US and UK assets. Both economies are doing well and both economies rely principally on internal consumer demand to support their GDP. As the Eurozone begins its QE program the Pound is likely to see a significant rise as Euro investors seek higher yields from within the EU.