Love or hate stories that are negative about the currency that you use on a daily basis, it is something we all need to understand and more importantly plan for!

I held a seminar two weeks ago and I was surprised with how many people agreed that Malaysia’s currency is not going to recover quickly. The room was filled with Malaysian citizens and from my previous seminar experiences, Malaysian’s will normally fight for the positives and why their currency will recover and things will be Ok……. but this time, something was different, it was obvious that concern for livelihood outweighed any hope for their government to right the freefalling currency.

The first thing to look at is Malaysia’s growth…..or should I say Putrajaya’s quote of 4.5% – 5.5%. This to me is a bold statement and with the current political issues, economic issues, I find this hard to believe. One issue to begin with is the way Asia and the West state their figures in the first place.

“According to S&P, Malaysia has the highest personal debt among 14 Asian economies, with the rate jumping to 88 percent of gross domestic product from around 60 percent in 2008.” 07/09/2015

In addition to this, Moody’s uprated Malaysia rating to a neutral outlook in June, however were in KL as little as three weeks ago to reconsider this and I fear with the current climate, Malaysia will be put back to A- negative outlook.

Here are a few facts that I have pulled from media recently.

Now let me cover a couple of MAJOR factors as to why Malaysia’s RM will not recover quickly and the economic outlook is poor.

Putrajaya have played down the importance of Oil and said that Malaysia has many other factors that will assist in good GDP figures in 2015.

Before I disprove Putrajaya’s poor comments, let me start with Oil.

Oil has faltered this year and gone down as far as USD38. This in itself should mean that even a 22% prediction will most likely be in the teens.

Many pro government writers begin telling you that we should not worry, our economy is based on so much more…….so what are they?

I do not for see the RM bouncing back anytime soon and I fear that even with the government’s new stimulus package this will simply flat line it at current levels for a few weeks/months. Ultimately, Asia is in crisis, with the RM being the bottom of the pile.

I consider Malaysia my home and I see that it has so much potential, but at the moment, economically, politically and perception is not great. The best thing for people to do is speak to a professional about how to limit their exposure to these issues and maybe consider investing away from Malaysia. I for one, certainly think that anyone holding too much RM will be best advised to move it to a strengthening currency. 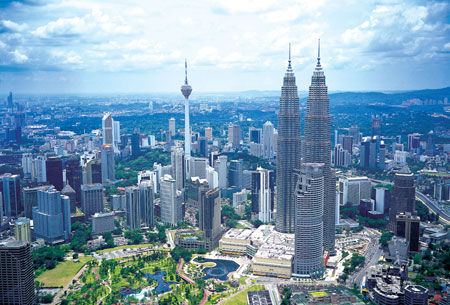 For a country currently grappling with its economy, a rejuvenating new multi-billion dollar plan was recently announced by Prime Minister, Najib Razak. Since the dawn of 2015, the prime minister has been constantly facing a slower pace of economic growth and a currency losing nearly a fifth of its value versus the US Dollar.

The government is apparently ready to throw in billions of dollars into financial markets while investigators continue to probe a troubled state investment fund 1Malaysia Development Berhad (1MDB) which was formed by Mr Najib himself in 2008, and who also sits as chairman on its advisory board. In a speech on Monday, Mr. Najib assured that his government “remains committed to helping solve investigations in relation to the investments of 1MDB transparently.” He added that all 1MDB’s dealings will be “transparent and market-friendly.” As the Prime Minister deals with accusations of corruption, he is definitely keen on concentrating on the economy instead.

External shocks aren’t the only reasons for the recent worries over Malaysia’s economy – as repeatedly outlined by the Najib administration – citing the skyrocketing US dollar and slowdown in China, a major trading partner. Weak commodity prices and a slowing Chinese economy have hit Malaysian markets hard and added pressure on the Prime Minister, as evidenced by recent street demonstrations challenging his rule.

Amidst these worrying developments, the much-talked about Malaysian leader introduced the “Special Economic Committee”(JKE) last month, whose members include his brother, CIMB Bank chief, Nazir Razak, who coincidentally, has been a huge critic of 1MDB – as well as Tan Sri Nor Mohamed Yakcop, the man famed for implementing a currency peg and capital controls that the country put in place following the 1997 Asian financial crisis. But the Najib administration has vowed not to repeat those measures, insisting that economic fundamentals are resilient and will remain unaffected by current pressures.

Also on Monday, Mr Najib added that a state firm called ValueCap would be investing 20 billion Ringgit ($4.6 billion) in a few of the country’s worst-hit stocks and advised other quasi-independent state firms with operations overseas to cash in those investments and return to reinvesting in Malaysia. Arguably, this hasn’t been the first time Mr. Najib has managed to leverage state muscle to boost the economy and markets.

It is vital to note that the Ringgit is currently Asia’s worst performing currency this year trading at over 4.3 to the US Dollar all of last week and ending Friday at 3.05 to the Sing dollar. But analysts believe the measures announced on Monday may cushion the slide for the short term. 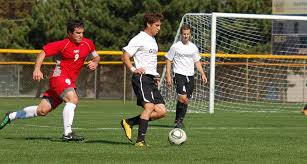 We make lifestyle choices to reap the true rewards life has to offer us. Have you made your personal choices? Are you the type who enjoys an active social life, being pro-active within your own community? Do you and your family members routinely take part in sporting events, outdoor adventures and family-related activities?

All of us dream of having the perfect life – being able to travel the world, being able to have enough money to do whatever we want, to enjoy sports and other outdoor activities we and our families like, and enjoying doing all of that while at the same time being ensured we are protected too.

Accidents can happen anytime, anywhere and making sure you and your family are being adequately protected has become a necessity in this world. Being smart and planning ahead helps protect you and your family members. It will ensure you have complete peace of mind as you go about your daily lives doing all the things that you love in your leisure time, be it travel, sport, or adventure, knowing you have all the protection you need via our extensive leisure protection plans.

More often than not, travel insurance isn’t included in your holiday travel plans, and if it is it requires some serious concentration time to find out what is and isn’t covered and to understand the fine print. Holiday plans should be about the destination and finding the best accommodation for your special holiday, which takes a fair amount of time, anyway.

Many travel and healthcare policies operate limitations or exclusions for ‘Adventure’ activities. At Farringdon Group, we have made the effort to design a simple, wide-ranging, and cost-effective Adventure Insurance policy with one of our insurance partners.

No matter the type of sport you play, there is always the risk of injury. Farringdon Group invested a great deal of effort and time in building our Sports Insurance as a stand-alone or Supplemental provision to meet our clients’ needs when they participate in sports or higher-risk recreational activities outside their country of residence.

At Farringdon Group, our leisure protection covers travel, adventure and sports for both business and personal. Contact us for more details on advising the most suitable coverage for you.