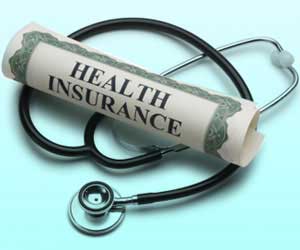 Throughout the globe, the demand for  International Health Insurance has never been greater. To the expatriate, the need to make alternative arrangements  has become of crucial importance.

For those expats living and working abroad, accessing the right kind of health insurance cover can turn out to be a nightmare, with the cost of medical treatment often expensive and difficult to arrange particularly in an emergency. So I find it particularly worrying that I still commonly see many expats either with no health insurance or a completely wrong policy for them.

Two common mistakes that I have noticed when it comes to buying Health Insurance:

So why should I get health insurance?

Without Health Insurance, you may not be able to afford the correct medical treatment when you require it. Do you want to be considerably out of pocket when you are sick?

Below is an example of one of our many companies that we can cover you through…..

If you require a quote on Health Insurance please drop me a message and I will get back to you as soon as possible. 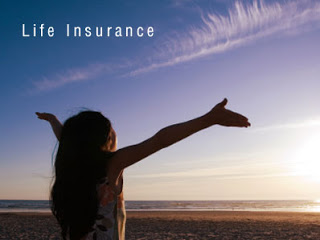 Buying Life insurance for you and your loved ones helps provide some financial security in times of hardship. The money from your policy will be paid to your loved ones when you pass away or to you should you suffer a total and permanent disability or loss.

We probably all know people – friends or family – who have fallen ill, had serious accidents or died suddenly.

Even when you’re young and healthy, the chances of these things happening to you are more likely than you might think.

Losing a family member through accident or ill health can cause enormous financial problems, but the implications don’t stop there.

We have a lot more to lose than we imagine.

Why should I buy life insurance? 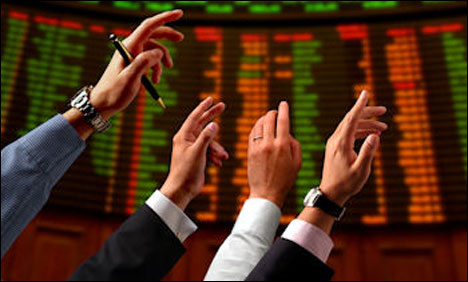 “As markets continue to be influenced by sentiments rather than technicality, a new trend is now emerging; bad data is now pushing markets up in expectation of further stimulus and positive data is causing knee jerk reactions that stimulus may be reduced…which is great as it give us an opportunity to increase our equity holdings!”

The challenge now is how to unwind stimulus without disrupting growth. Many disagree about when to reduce bond buying, with the Fed Chairman stressing that a premature exit may disrupt growth. The OECD later commented that an early withdrawal by the Fed “could jeopardize the fragile recovery, but waiting too long could result in a disorderly exit from the program.”

“We believe this bridge will be crossed when we get to it!” We believe central banks will continue with their stimulus efforts and will do nothing to disrupt the fragile recovery.

Markets have had some pretty strong performances in some of the equity sectors moving into the second quarter of this year. We for one do not see this as a bubble as we are not quite far away from previous market peaks. Current performances are simply due to the fact that economic fundamentals are improving and due to low interest rates investors are becoming more comfortable moving into riskier assets. There are still a lot of cash on the sidelines, and people worrying about being left behind. Valuations have moved up generally but, again, we don’t think we are quite in a danger zone.

Fundamentals have generally improved and the pessimism that we may fall of the cliff figuratively for the near to intermediate term, seems to be off the table. Interest rates are low, the Fed and other Central Banks have indicated that at least for the foreseeable future they will continue that. So the thoughts that you are going to wake up to the apocalypse the next day are much less likely.

We’ve always been of the belief that you really can’t time markets. Are we going to see a correction here in the near term? It’s possible, but I think, again, the fundamentals are such that if we are prudent and we are not trying to time the markets, then it’s certainly not an unreasonable time to increase our exposure in the equity markets as we have been very hesitant and reluctant to be in the equity markets in the past.

The lead indicators for the US economy remain positive, suggesting that the current loss of momentum is temporary. New orders for manufacturing continue to rise. Moreover, business investment appears to have found its footing in recent months and shows reasonable momentum in the immediate future. This is important — if US firms are increasingly prepared to build capacity for the future, then they are clearly confident of future demand. The drivers of the turnaround in the US economy — rising competitiveness of a re-engineered industrial sector, benefits of cheap shale gas and steady healing of the credit and housing markets — remain intact.

Sure, the political gridlock is continuing. But even here, there are some early signs that Congressmen on both sides of the political divide are beginning to work together on hot-button issues such as immigration and even gun control. The budget that President Barack Obama has submitted for the next fiscal year contained some concessions to his opponents by making cuts, albeit modest ones, to entitlements, as demanded by his opponents. There is still a long way to go, but it looks like the political class is changing its behaviour as the electorate gets impatient with the squabbling. There should therefore be some progress on easing the political gridlock.

We recently made a few changes to our portfolio allocations; we have now moved out of emerging markets and sold out of our gold holdings.

Emerging markets and developed markets have been rising together in recent years but the emerging markets have recently lost its momentum. Not wanting to miss out on the gains this sectors have achieved we decided to lock in our gains before they experience a correction.

The emerging markets have not been able to keep up with the developed markets due to the slowing growth in China; which we believe will continue for the next few quarters. China had snapped seven quarters of decelerating growth in the fourth quarter only to slow again in the first three months of 2013. Europe’s debt crisis is curbing shipments abroad, manufacturing gains are weakening and a government anti-extravagance campaign has restrained restaurant and retail sales.

Another reason that prompts us to exit the emerging markets or specifically Asia is Japan’s massive Quantitative Easing which would make investors chase higher returns – however, for developing countries that could be too much of a good thing. It would bring new foreign money which would overheat the markets, triggering higher prices and pushing currencies higher, which would make a country’s exports more expensive while pulling in cheaper imports that could hit domestic producers in the emerging markets (this was discussed in our last market outlook). As for gold, the only reason we remained invested in gold was to see it rise when inflation hits. With continuous QE, it’s becoming increasing unlikely we will see inflation in the near time with central banks giving no indication of when QE will cease. With interest rates at record lows it is now easier for central banks to curb inflation by increasing rates, which in turn might have less effect on the price of gold. We are still optimistic on the long term value of gold, however in the short term we believe the price of gold will remain volatile and there other sectors which offers better returns.

In the corrections that we have recently experienced, we took the opportunity to increase our equity holdings. One of the sectors we have recently added into our portfolio is Small & Mid Cap Company funds. Following recoveries of blue chip companies in bull market, as the recovery takes hold small caps tend to outperform their larger rivals.