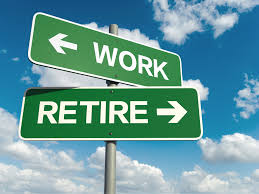 Savers are being thwarted from cashing in their “final salary”-style pensions because financial advisers are refusing to work with them over fears of compensation claims.

Millions of people with final salary pensions, where income is based on salary and length of service, have the right to move their savings into other pension arrangements.

Thousands have chosen to do this because, while the schemes offer guaranteed, inflation-linked income paid by their former employers, they do not allow lump sum withdrawals and are less tax efficient on death. The terms that savers are offered are often very generous.

It is not unusual to be offered a “cash equivalent transfer value” of 40 or 45 times the projected annual income that a final salary pension would pay. So £6,000 of annual income could become £250,000 once moved into a personal pension.

Under rules set down by the City watchdog, financial advice must be sought before the pension can be moved if the transfer value is £30,000 or more. Charges vary, but are typically thousands of pounds.

However, savers are finding that firms are wary of advising them if they suspect they will not be able to recommend a move. At the same time, the path is blocked by personal pension providers that will refuse to accept a transfer from a final salary scheme without a “positive recommendation”.

Many cite the “pension review” of the Eighties and Nineties, which led to billions of pounds being paid in compensation after advisers were judged to have wrongly recommended people to give up company schemes for personal pensions.

As a result, dozens of people are being prevented from taking control of their money. Transfer values are unusually high at the moment and there are fears that the delay in finding advisers and firms willing to help will mean savers lose out, we can help !

Members of final salary schemes can receive a transfer value free of charge once a year. But the offers are only guaranteed for three months, meaning that savers have to pay for new valuations if they can’t arrange a transfer quickly enough.

We can assist anyone to get a valuation and work out the best option for your future, there is a number of calculations we can put together along with a report, peace of mind and accountability

Please email me at syeomans@farringdongroup.com